What inspections should be done before using the agricultural drone to fight drugs?

What inspections should be done before using the agricultural drone to fight drugs?

When you hear the name, you will know its usefulness. The emergence and use of this product not only solves the harm of pesticides to people, but also reduces the labor force.We should pay attention to the timely inspection no matter how late it is, so as to ensure the safety during use.So, do you know what inspection work should be done before using droneto administer medicine? 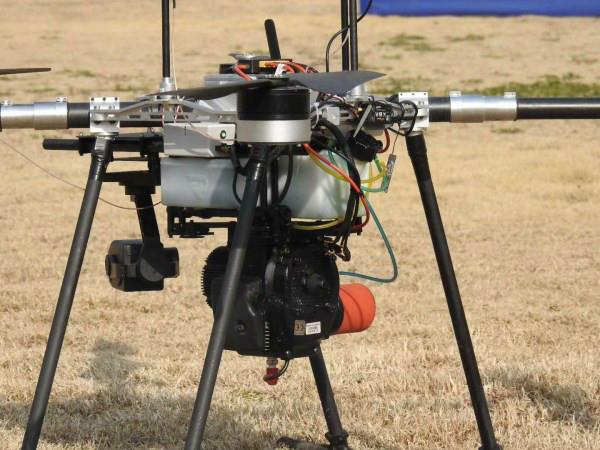 1. Before dosing, please check whether the container is clean.

If before useless, there is obvious "medicine dirty" in the container of medicine, indicating that the person playing medicine is not worried about and does not work hard.First with one thousandth of the detergent water immersion dozen medicine container for half an hour, and then shock for 35 minutes, pour out the detergent water;Clean the container with water containing 10% ethanol (alcohol). First, remove the organic solvent.Two is to remove the bubble wipe.

Three, because the concentration of the drone injection is much higher than that of the conventional mechanical injection, we must check whether the mixture of several things is "fighting" -- compatibility or compatibility.In advance, the need to mix the use of substances were diluted 20 times, and then the diluent separately, one by one mixed, which is mixed with other things, the occurrence of agglomeration, heat, gas phenomenon, the kind of things can not be mixed.As far as possible, "suspension agent", "suspension agent" and other pesticides should not be used in dronefighting drones, because they often contain "gum", such as xanthan gum, modified starch, etc. First, it will make the liquid more viscous, which is not conducive to atomization.Second, the "gum" among them may bond to other substances, resulting in a block, plug nozzle.

Iv. The order of dosing is very important

The first step is to add half of the clean water to the container.

The second step, if you need to add acid water soluble fertilizer, first add it;

Step 5: silicone synergist must be added!

Step 7.If there is acetic acid (acetic acid, not vinegar), add 10 grams per kg of diluent;

Then, fill it with water and mix it up.Acid water - soluble fertilizer has the effect of purifying water quality, should be added first.Acetic acid (acetic acid) has the effect of protecting pesticides from degradation or damage;It has a mild effect of stimulating the growth of crops.The less you use, the more you add later.

Vi. The atomizer that can generate negative charge ions should be the direction of improving the spraying effect of uav.The surface of the plant was full of the ion that takes positive charge, positive negative charge attracts each other, can make medicinal fluid fast, even, close and sufficient adherent is in crop surface.One is it increases the potency;Second, it saves pesticide.Three is to avoid the drift of liquid medicine, avoid unnecessary harm.

Today, I would like to introduce to you the contents of the inspection work that should be done before using the drone-controlled drug injection.If you have any questions or need to buy drones, please feel free to contact us.We will have professional staff for your dedicated service.

Prev : Planting Master teaches you how to identify crop diseasesNext : How to ensure the safe use of the drug drone